Cathedral of Christ the Saviour

Book the Moscow city tour and discover city’s attractions by foot on one of the many walks, or take a tour by car/minivan or vintage Soviet car.

With Moscow layover tour you will be able to escape the airport and explore city’s attractions in between your flights. 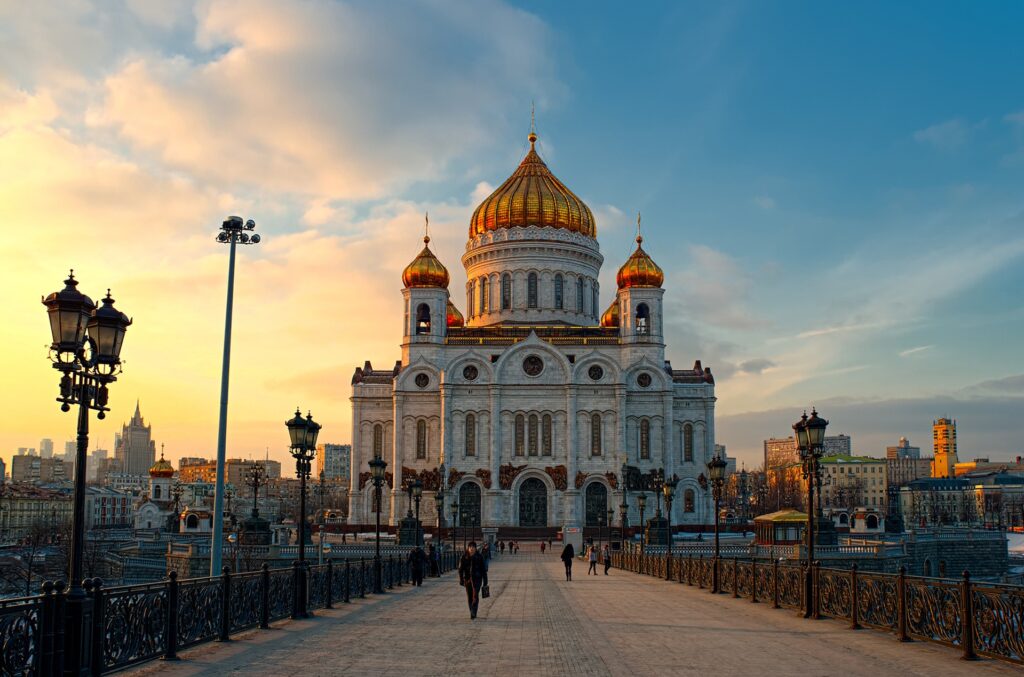 The Cathedral of Christ the Saviour was built in gratitude for the Lord’s intercession in a critical moment of the Russian history, as a monument to the courage of the Russian people during the struggle with the Napoleonic invasion of 1812 on the order of Alexander I, the Emperor of Russia.

It took 44 years to build the Cathedral of Christ the Saviour. The best architects and artists of the Russian Academy of Arts worked on its creation.

In 1931 the Soviet government decided to demolish the cathedral and build a grandiose Palace of the Soviets. They did not manage to destroy the cathedral completely and made decision to blow it up.

In 1994 reconstruction works started. They were conducted using donations from thousands of Russian citizens and from Russian and foreign companies. Services in the cathedral have been held since 2000.

The modern Cathedral of Christ the Saviour complex includes the upper and the lower temples.

The lower temple is Transfiguration church erected in memory of Alekseevsky convent that used to be located at this place. It has three altars as well: the main one is consecrated to the Transfiguration, and the smaller ones – to Saint Alexius and Theotokos of Tikhvin.

The stylobate part of the cathedral contains a museum, the Synod hall, the Supreme Church Council hall, refectories and service rooms.

The lower passage of the cathedral is a memorial of the Napoleonic War of 1812. You can find the texts of the Highest Manifesto on the French Army Crossing the Bounds ofRussia and Proclamation to the Russian People onMilitia left of the western entrance to the cathedral. Next to them there are marble slabs with the description of 71 battles that took place on the Russian territory in 1812, including the name of the battle, the date, the troops that participated, the names of killed and wounded officers and the total number of the killed. The row of the memorial slabs ends on the eastern wall of the cathedral with a Manifesto of Expulsion of Napoleon from Russia on 25th December 1812.

There are two museums on the ground floor of the cathedral. The Cathedral of Christ the Saviour Museum shows the history of the cathedral, its erection, demolition and reconstruction.

The Patriarch Museum of the Church Art exhibition includes icons of 14th-20th centuries.

You can also visit observation decks and enjoy the charming view of Moscow from the height of 40 metres.

The relics of the cathedral include a part of the Seamless Robe of Jesus, a part of the Robe of Theotokos, a relic of Saint Andrew the Apostle and others.

There is the Patriarch bridge next to the Cathedralof Christ the Saviour. It is a beautiful pedestrian bridge opened in 2004. It is located opposite the cathedral and connects the two banks of the Moskva River.

Pay attention to the dress code of orthodox churches: women should cover the head and shoulders and avoid provocative clothes; men should wear full-length trousers.

How to get to the Cathedral of Christ the Saviour: by public transport to Kropotkinskaya metro station, the exit to Volkhonka street. The cathedral is located next to the metro station exit. 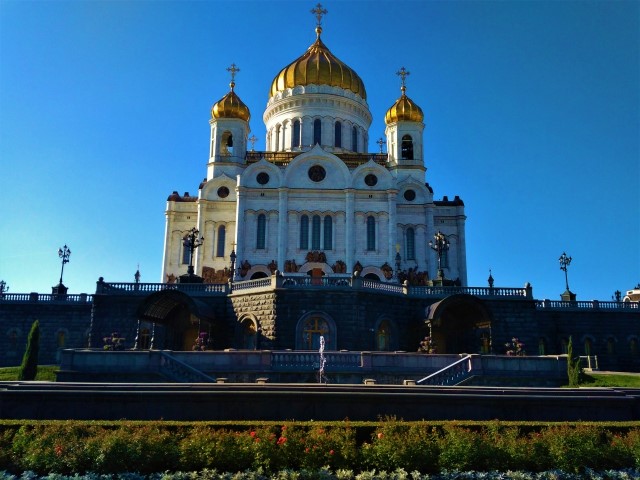