The cultural programme of the festival will involve flower arranging and gardening, and also culinary workshops in desert making.

In total, street oases with lounge areas and plants will appear at 19 sites of the “Moscow Season fest” venues and at other 16 city points:
– Revolution Square: Christmas trees, strawberries and pies.
A real Russian forest with birches, evergreen pines and fir trees with cones will grow next to the Kremlin. There you can admire the compositions of voluminous shrubs, flowers and even strawberries. Restaurateurs-participants of the gastronomic project “Summer in the city” will treat visitors with pancakes, pies and borsch.
– Stoleshnikov lane: roses will bloom here.
This lane is one of the most fashionable side streets in the center of Moscow. It will be turned into a real southern resort. The feature of the luxurious garden on this site will be a pergola entwined with lush wisteria and climbing roses. Other southern plants are also used in the project.
– Kuznetsky Most: huge aquariums.
The “Garden of Aquatic Plants” will appear near the entrance to the Central Department Store on Kuznetsky Most. The garden will be decorated in the form of a stylized figure of a fish. City structures will be decorated with willows, compositions of yellow bamboo, reeds, and flowering cannes. Other flowers and greenery will also be shown here, everything that usually grows along the banks of the pond. In the center of the garden there will be huge aquarium cubes with nymphs and other aquatic plants.
Venues: Throughout Moscow
Admission: Free
Location: Moscow 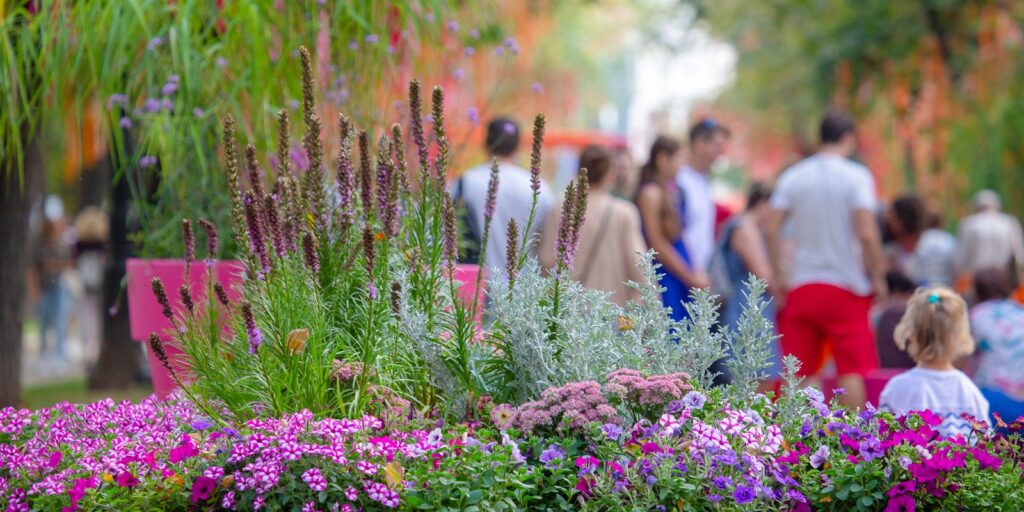