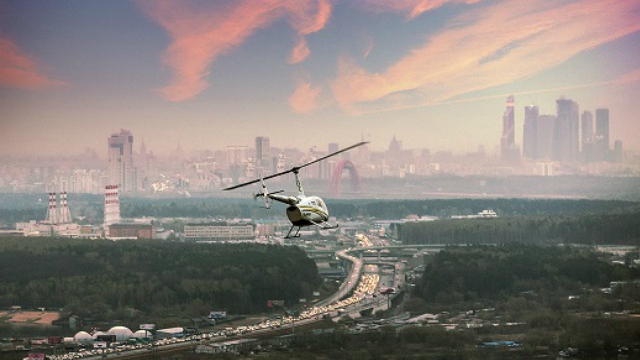 Leave the crowds behind and see Moscow from a fresh perspective. Take off for a sightseeing flight around the city and soar along the Moscow Ring Road. You will fly past Moscow City Skyscrapers, see Moskva river, some of the Stalin’s “Seven Sisters”, Poklonnaya hill, Ostankino television tower, Sparrow hills, beautiful urban and nature landscapes.

What’s more, Moscow helicopter tour is available by night! You can admire the vibrant lights of Russian capital and see its constant movement from above.

Fasten your seatbelt for an enjoyable flight!

We offer tailor-made helicopter tour package as per request. Profit from our broad experience and enjoy a full service package!

Please note!
1. Flights depend on visibility, operational and weather conditions. Due to adverse weather conditions, the Moscow Helicopter Tour can be postponed or canceled. A full refund is given.
2. For non-Russian speakers, flights are allowed with an interpreter only!
3. Flight time can vary slightly due to factors such as air traffic control and wind speed.

Prices and routes of the Moscow Helicopter Tour: