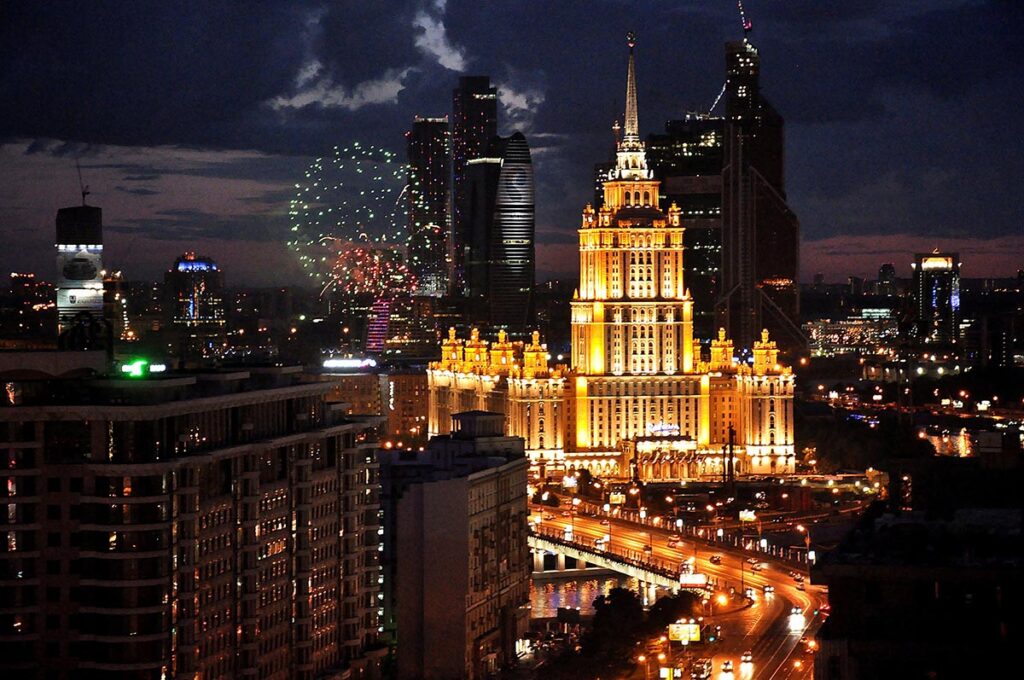 We offer you to take part in an exciting Night Moscow tour. You will explore the mysterious and famous places in the historical center of Moscow .

Apart from the most important Moscow landmarks such as Red Square, St. Basil’s Cathedral, Christ the Savior Cathedral , skyscrapers of Moscow Сity, Stalin’s skyscrapers, the observation deck of Moscow state University, Victory Park, you will see the most crime and gang district of Moscow of the 19th century named «Khitrovka», the Church of All Saints at Kulishki, etc.
Besides, on the Night Moscow tour, you will visit the place where was located the mansion of infamous Saltychikha, a noblewoman, sadist, and a serial killer; you will explore Lubyanka, the center of the repression and violence of the Red Terror; and walk around Red Square and learn the true meaning of the creation of the Lenin’s Mausoleum. The Night Moscow tour will reveal the mysterious meaning of the Moscow ring system, and the real reasons for the construction of the Stalin skyscrapers.

The price includes:
– Pick-up/drop off service
– Transfer according to the tour
– English-speaking guide

The price doesn’t include:
– Food
– Beverages

Leave the crowds behind and see Moscow from a fresh perspective. Book the Moscow helicopter tour and soar along the Moscow Ring Road. You will fly past Moscow City Skyscrapers, see Moskva river, some of the Stalin’s “Seven Sisters”, Poklonnaya hill, Ostankino television tower, Sparrow hills, beautiful urban and natural landscapes.

Take a break from conventional tourist sites! Get into a Nuclear Power plant and find out what lies behind the power socket. On the Nuclear power plant tour, you will learn about nuclear science and engineering, radiation facts and safety, how the facility is operated, and more!

Join the Party tour! Guided by an expert of pub crawling, participants move from one bar to another, get to know each other, play funny games and contests, get bonuses and cocktails in bars.