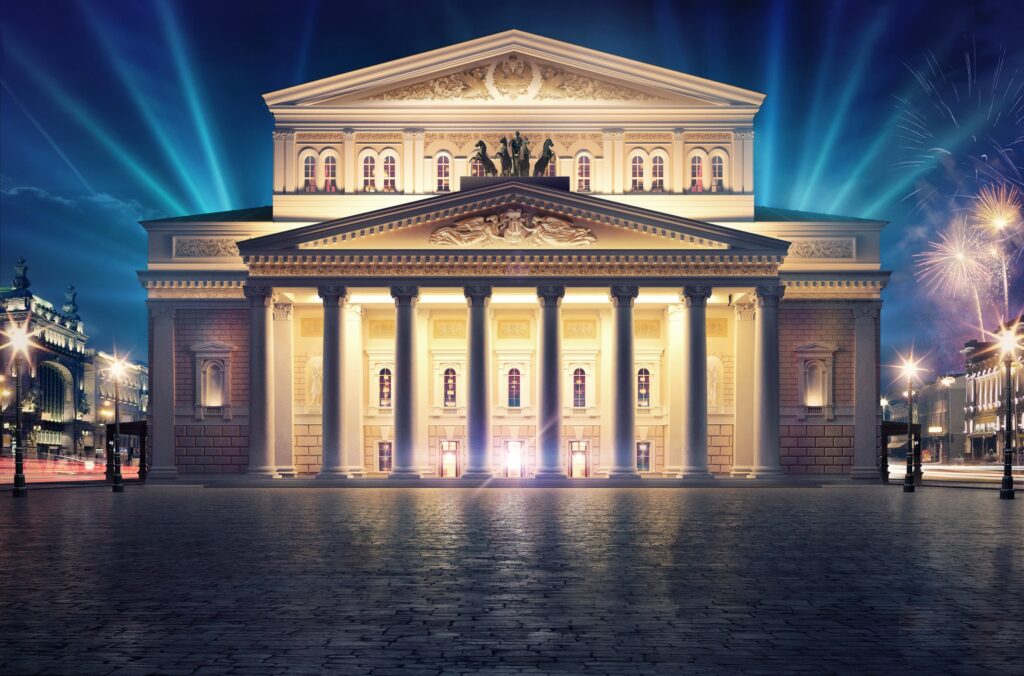 The current building is actually not the first one. It was erected between 1820 and 1824 and was reconstructed in 1850s after an extensive fire. The famous portico with a statue of Apollo on a quadriga lies on 8 columns. The inside of the theatre is dazzling. The main Tsarskaya loge is located opposite the stage and its barrier is held by titans.Rich crimson and golden colours have astounded everyone entering the house for many decades.

The acoustic characteristic of the theatre was one of the best in the world in the second part of the 19th century owing to the skill of Alberto Cavos who designed the auditorium as a huge musical instrument.

The theatre continued giving performances even during the World War II despite the fact that the building was damaged by a bombing in 1941.

In 2005 the Bolshoi Theatre was closed for a global reconstruction that restored the historical appearance of the building lost during the Soviet period. The house regained the look created by Alberto Cavos and now any visitor can feel like a 19th century theatre-lover and enjoy the luxurious decoration. Crimson drapery with golden ornaments, a variety of arabesques, the picturesque plafond “Apollo and Muses” make the auditorium look like a fairy tale palace. Special attention was payed to the renewal of the legendary acoustic.

A famous Dutch plant breeder Lefeber was so much impressed by the performance of Galina Ulanova at the Bolshoi Theatre that he created two new breeds of tulips naming them after the famous ballet dancer and the theatre itself. Everyone can see these tulips planted in front of the Bolshoi Theatre.

All in all more than 800 different performances were staged at the theatre. At the moment the repertoire combines a number of classical operas and ballets and modern experimental performances.

Excursions in the Historical building

Excursions are held on Mondays, Wednesdays and Fridays. There is only one excursion in Russian and one excursion in English on each of these days. The duration of the tour is 1 hour. A group of maximum 15-20 people is formed immediately before the beginning of the excursion which starts at 11-15 a.m. The ticket office is situated in the Historical building (door number 12) and opens at 11 a.m. Ticket price is 1,300 rubles. No children under the age of 14 are allowed.

How to get: Teatralnaya or Okhotny Ryad metro station, the exit to the Theatre Square (Rus: Театральная Площадь).

The theatre is disabled-friendly.

1. Bear in mind the dress code for going to the theatre. Evening gowns are no longer obligatory, but you should not wear sport clothes, shorts, slippers, etc.
2. Entry to the auditorium is permitted after the first bell and is closed after the third bell.
3. Taking photographs and filming during the performance without special permission from the administration is prohibited. 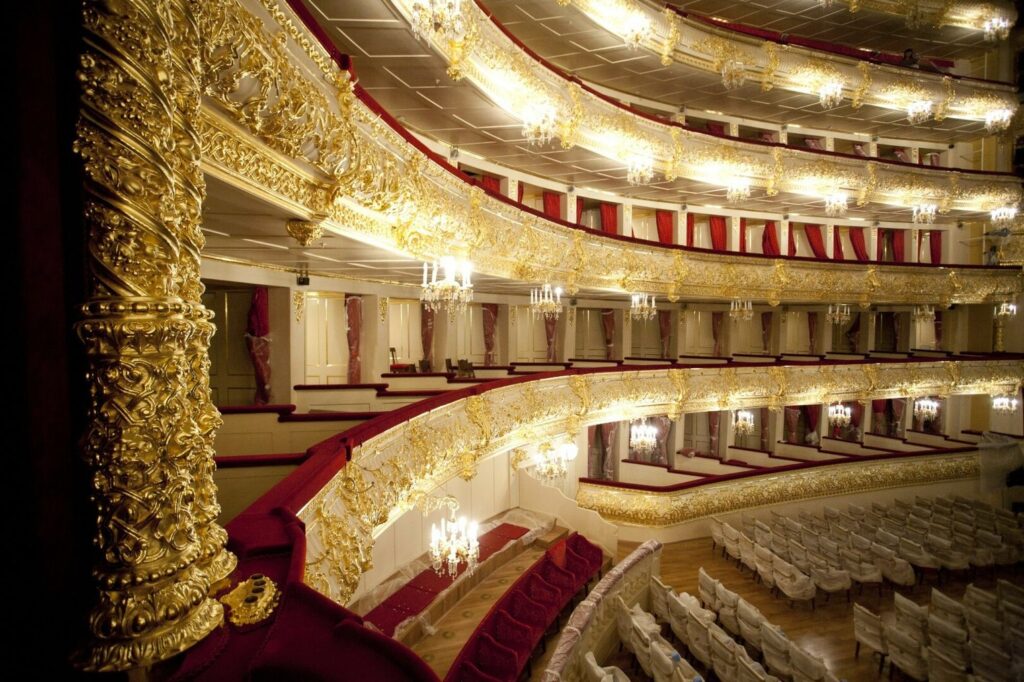