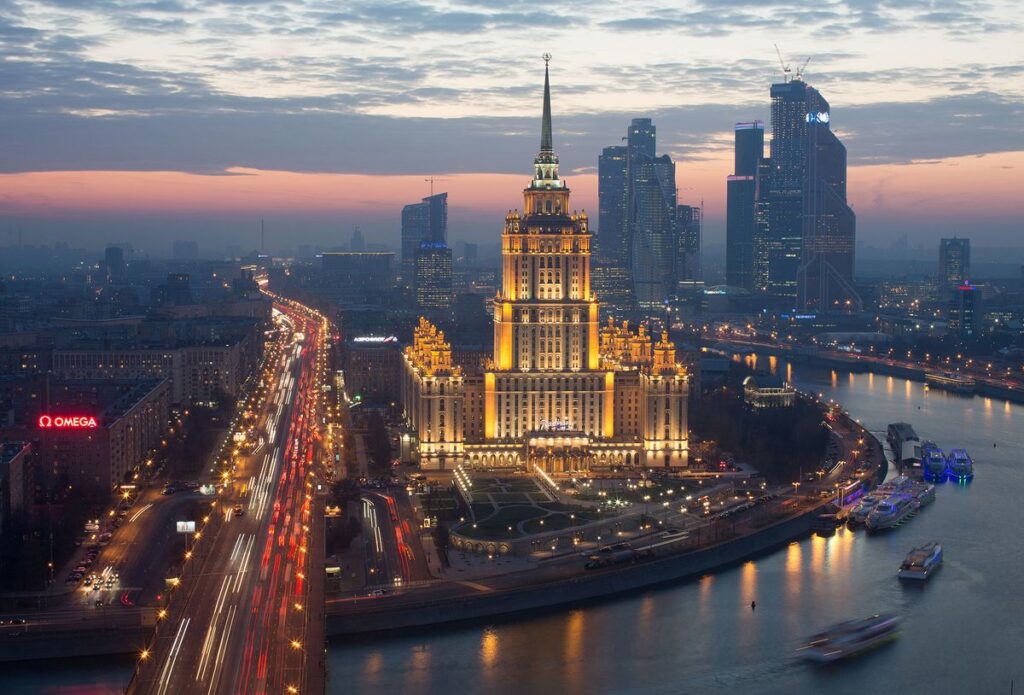 With a history that is about 900 years, Moscow is an amazing mix of old and new. The old days are reflected in narrow curved streets and churches, while the modern world shines in the steel and glass of high-rise buildings.

With a history that is about 900 years, Moscow is an amazing mix of old and new.
The old days are reflected in narrow curved streets, churches and historical estates, while the modern world shines in the steel and glass of high-rise buildings and huge shopping malls. Whichever you prefer, Moscow is fraught with contrasts and places of interest.

The attractions in Moscow are endless. The Kremlin, the Bolshoi Theatre, the Tretyakov Gallery, and the Pushkin State Museum are on the top of to-do list. A visit to Moscow is not complete without a wander over Red Square, the most spectacular and photogenic historical site of the city. Red Square is closely associated with the Kremlin, lying beneath its east wall. The Kremlin is a medieval city-fortress, that is today the residence of the Russian president. Its walls represent the city limits as of the late 15th cent.

Moscow has grown and changed strikingly ever since. Nowadays, the city covers an area of 2,511 square kilometers (970 sq mi). By its territorial expansion in 2012 Moscow increased its area 2.5 times; from about 1,000 square kilometers (390 sq mi) to the present value.

Moscow is a city with four distinct seasons. Its best is from late spring to early autumn.

Summer is probably the most popular time for tourists to visit the city. Summer (June-August) is surprisingly warm. High temperatures range from 20°C to 25°C, occasionally rising higher.

Autumn (September-November) changes the city face, mixing green with typical colors – yellow and red. Early autumn is a good time for visit Moscow: the daytime temperature remains pleasing and the cultural activity of the city is starting. By October the temperature drops dramatically and frosts begin to occur during the night.

If you like winter, you have chances to see another landscape of Moscow. For about three to five months Moscow is generally snow covered. During both day and night temperatures average -10°C. Daylight hours during the winter are pretty low, averaging seven hours a day during December. Winter lasts from December to February.

From March the cold weather begins to improve. Daytime temperatures generally rise from an average of 2°C to 15°C from April to the end of May. Spring is considered the best time to visit the capital, the weather is relatively mild and the cultural life is still ongoing.