Book the Moscow city tour and discover city’s attractions by foot on one of the many walks, or take a tour by car/minivan or vintage Soviet car.

With Moscow layover tour you will be able to escape the airport and explore city’s attractions in between your flights. 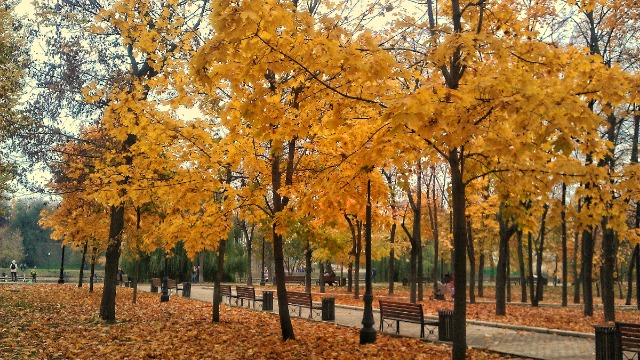 Novodevichye cemetery is located in the south-west part of the city, in Khamovniky, on the territory that borders the Novodevichy convent.

The territory of the Novodevichye cemetery is included in the UNECO list of the World heritage.

When you enter the main gates of the cemetery you find yourself on the New territory. Walk straight ahead along the central alley to the former Mourning square. Turn right at the intersection of two wide alleys. On the right you will see the graves of actress Tatyana Samoylova, singer Lyudmila Zykina, writer Sergey Mikhalkov, famous clown and actor Yuri Nikulin, actress Marina Ladynina, great choreographer Igor Moiseev and other cultural figures.

Enter the gate of the Old territory. Turn right immediately near the gate and walk along the wall to Section 2 paying attention to the graves on the left.
You will pass the graves of writers Lev Kassil, Nikolay Gogol, Anton Chekhov, Mikhail Bulgakov, Aleksey Tolstoy, theatre director Konstantin Stanislavsky, actress Maria Yermolova, artists Mikhail Nesterov and Isaak Levitan.

The most mysterious legend of the cemetery is connected with the name of Nikolay Gogol. When his grave was opened, it was found that the coffin was damaged from the inside and the skull was missing. The other witnesses insisted that the skull was lying on its side. They say, the great writer was extremely afraid of the possibility of being buried alive. The scientists did their best to refute the legends but they still exist.

Turn left not far from the cemetery fence at the grave of writer Samuil Marshak and walk along this path. On the left you will see the graves of composer Dmitry Shostakovich and his first wife. Walk along the stone wall of the cemetery (it will be left of you) to the grave of Nadezhda Alliluyeva, the wife of Josef Stalin. Its story is curious and rather unexpected. Nadezhda committed a suicide for an unknown reason and Stalin, the strong “Leader of peoples”, blamed her of betrayal. But it did not prevent him from night visits to her grave.

Turn left and walk along the wall separating the Old and the Newest territories. You will see the grave of radio announcer Yuri Levitan. You have reached Section 11 where People’s artists Tatyana Shmyga, Vyacheslav Tikhonov, Mikhail Ulyanov, Oleg Yankovsky, Lyudmila Gurchenko, Arkady Raikin, Evgeny Evstigneev and many others are buried.

When you come back to the Mourning square, go past the grave of Boris Yeltsin, the first president of the Russian Federation. There you will find the grave of Raisa Gorbacheva, the wife of the last General Secretary of the Communist party of the Soviet Union Mikhail Gorbachev.

How to get to Novodevichye cemetery:

Turn right from the entrance of the Novodevichy convent. At the Luzhnetsky Proyezd turn right again and walk about 350 metres.

Admission:
There are no restrictions for individual visits to the cemetery. The admission is free for small groups of 2-5 people.