Victory day or 9 May marks the day when the German military surrendered to the USSR in Berlin in 1945.

Book a cruise and see fireworks

On May 9, 2022, Moscow will host a Victory Parade dedicated to the 77th anniversary of Victory in the Great Patriotic War. For the first time, the Cossacks of the Tersk Cossack Society from the Stavropol Territory will take part in it.

This day became the end of the Second World War (also known as the Great Patriotic War) for the USSR. Military parades are held annually throughout the country to celebrate this day. The biggest parade is in Moscow’s Red Square. Special parties, performances and concerts are organized for veterans as well. As a sign of respect and remembrance people give red carnations to veterans in the street and wear black-and-yellow St. George ribbon on their clothes.

Victory Day military parades will be held in 26 Russian cities. The Moscow’s one will start at 10:00.

On the Red Square on May 9 there will be 33 ceremonial calculations, which is 12,500 people (last year – 10,001 servicemen). More than 120 units of combat equipment are expected (last year – 114) and 73 – aviation (last year – 72). Among the equipment, T-90A and T-14 “Armata” tanks, BMP-3 and “Kurganets” infantry fighting vehicles, BTR-82A and “Boomerang” armored personnel carriers, strategic missile systems “Yars” and other vehicles.

Remember, that May 9 is an official day-off. On this day most of public offices are closed and some public transport routes may be changed due to street events.

A number of novelties have been revealed during the parade rehearsal, as for the first time it included the tank fire support armored fighting vehicles “Terminator,” which have a high level of security and firepower, anti-aircraft missile system “Tor M2”, cars “Typhoon-K”, “Ural 432009” and “Patrol”. However, these vehicles will not be seen during the rehearsal, as they will go in cases. Among the other military vehicles are T-90A and T-14 “Armata” tanks, BMP-3 and “Kurganets” infantry fighting vehicles, BTR-82A and “Boomerang” armored personnel carriers, strategic missile systems “Yars” and other vehicles.

If your trip to Russia coincides with Victory Day, don’t miss the opportunity to celebrate it on the the yacht, enjoying the delicious food, live music and fireworks. 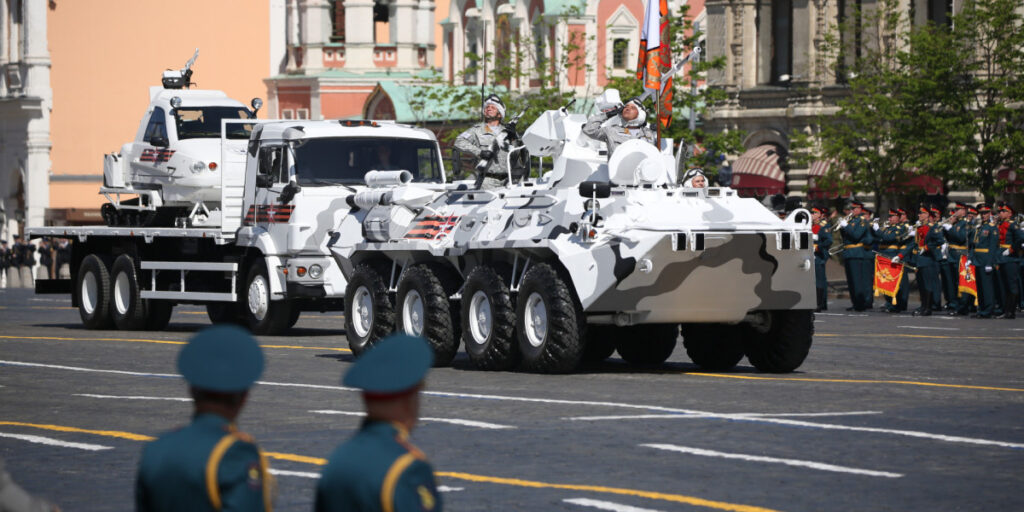