Maslenitsa is a traditional Russian festival, a mix of pagan beliefs and Christian traditions, which marks the end of winter. It is also known as Pancake Week.
Maslenitsa is celebrated during the week preceding the Great Fast, usually in mid- or late February. A straw doll, sledding, festivities and, of course, pancakes are the main features of Maslenitsa. Pancakes used to have ritual significance and were the symbol of the sun. Following the adoption of Christianity, new religious holidays were introduced, but the festive Maslenitsa continued to exist and is still alive up to now. During the pancake week, the city restaurants and cafes offer pancakes, served with tea, traditional hot sbiten (a Russian drink of water, honey and spices), or medovukha (mead). Moscow parks prepare special programmes and invite visitors to participate in processions with rattles, in the burning of a bear’s den, as well as in various workshops and folk games.

This year the Moscow Maslenitsa festival will offer workshops by craftspeople from seven regions of Russia. The Pancakes from Blacksmiths project will involve specialists from St Petersburg, the Voronezh, Kaliningrad, Kostroma and Ryazan regions, and the republics of Dagestan and Tatarstan who will conduct workshops in how to forge metal pancakes. 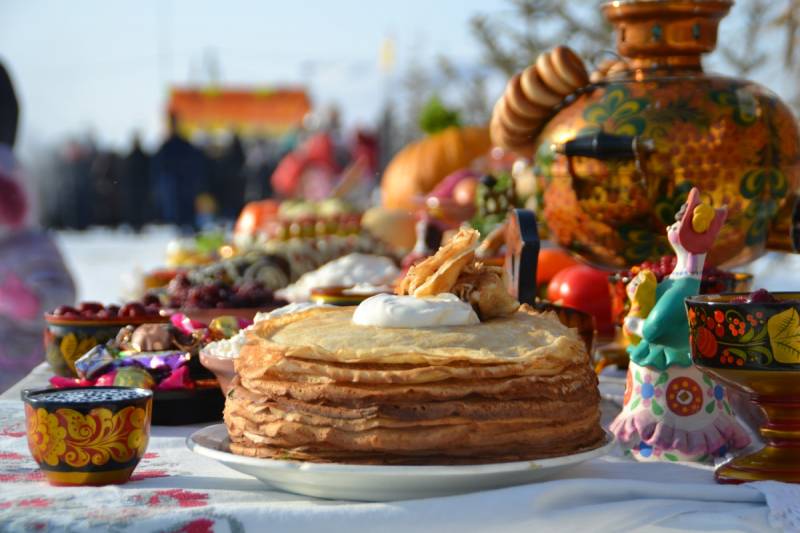