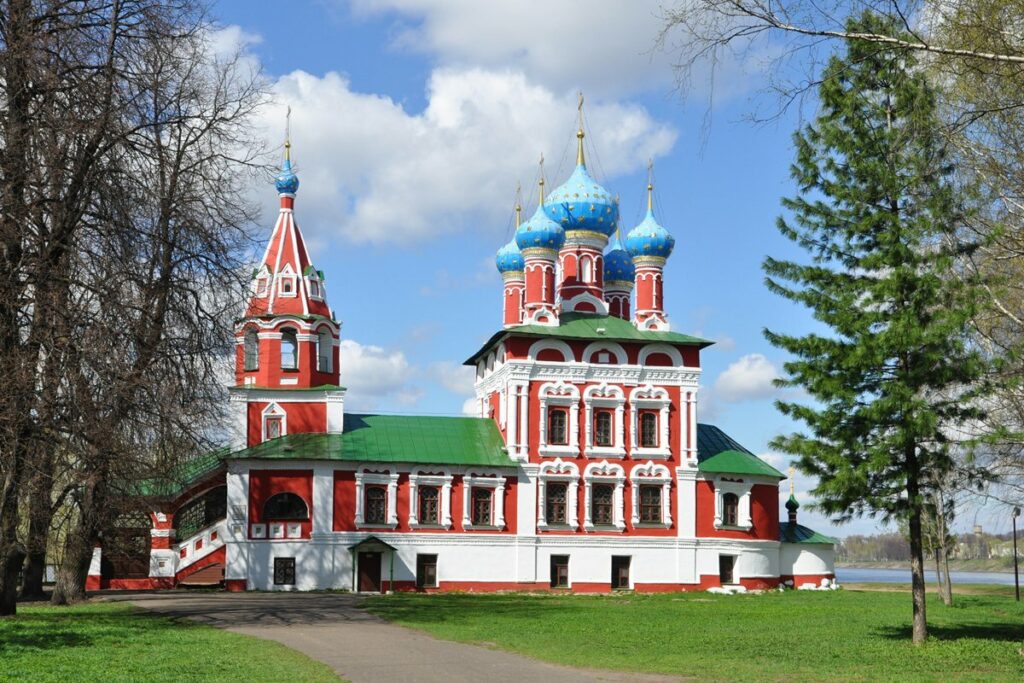 Uglich is a small town located at the picturesque bank of the Volga River, 240 km north of Moscow. The town is a part of the Russian Golden Ring and among the most popular stops for cruise ships on the upper Volga.

The name of the town derives from the Russian word “ugol” (Eng: corner). The Volga makes a sharp turn nearby and forms an angle, and most likely that this “corner” gave the town its name.

Founded in 937, it is considered one of the most ancient Russian towns. Numerous events of Russian history left marks on the architectural appearance of the town. Uglich has preserved a large number of unique monuments of Russian antiquity up to date. Like many other Russian cities, Uglich was destroyed several times by the Mongol-Tatars, Lithuanians, and the grand Prince of Tver.

In 1591, the event occurred, which totally changed the history of this quiet town and the whole Russia as well. On May 15, Prince Dmitry, an eight-year-old son of Ivan the Terrible and an heir to the throne, was found dead. There are two main versions of what have happened. One of them says that the prince playing with a knife suffered from an epileptic seizure and self-inflicted a mortal wound to the throat, while according to the other version, the prince was killed by the Boris Godunov’s order. Later the prince was canonized by Russian Orthodox Church as a saint martyr.

The Dmitry’s death led to a civil disorder in the city and political crisis in Russia known as the Time of Troubles. The event was reflected in the architecture of the city. Thus, among the main attractions of Uglich are the Church of St. Dmitry on the Blood and the Chambers, where he lived in. Besides, the prince with a knife in his hand is depicted on the city’s emblem and flag.

In 17th century, the city was ruined by Poles and have been recovering very slowly.
During the Soviet period, the absence of railroad connection made the town less interesting for industrial development, but due to this fact, Uglich managed to preserve the atmosphere of an old Russian town.

Today Uglich boasts the architectural monuments of the XVIII – XIX centuries and the Soviet-era constructions such as Uglich’s reservoir and hydroelectric complex.

With more than 20 churches and 3 monasteries, the town is a popular place of pilgrimage.

Apart from historical and religious sites, tourists can enjoy the majestic nature of central Russia. There is a true abundance of all sorts of berries and mushrooms in the nearby forest. Some of these natural products can be bought at the local market.