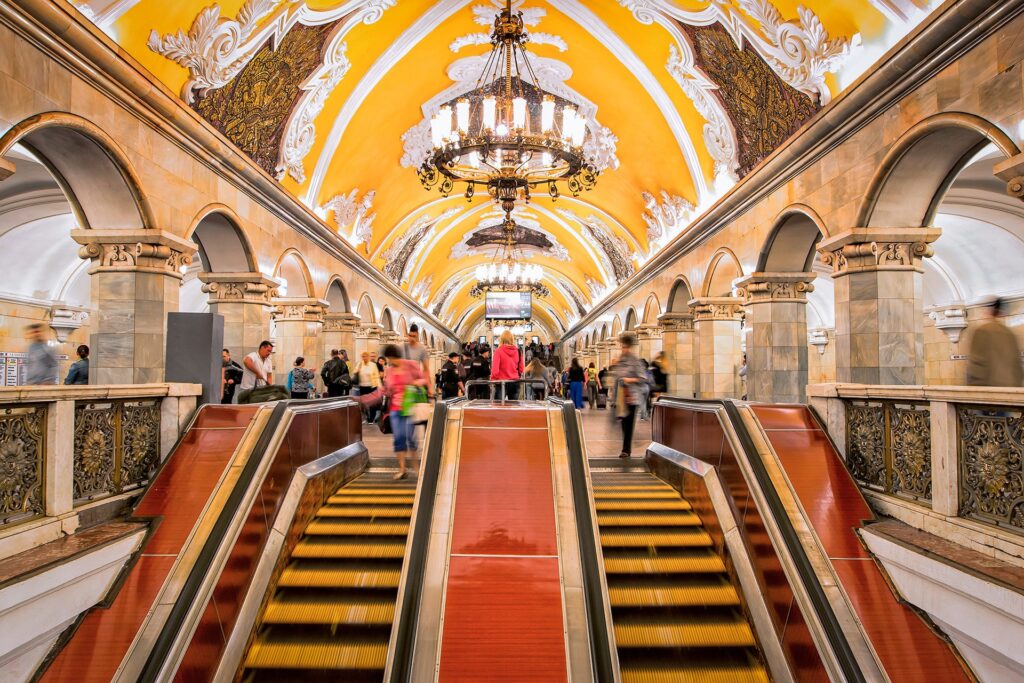 The Moscow Metropolitan is not just an extensive transportation system, but the whole underground city with its own rhythm, laws and legends. It is called the world’s most beautiful metro. Among the nearly 200 stations, 44 stations are cultural heritage sites. Taking the Moscow metro is akin to walking through an impressively beautiful museum. The stations will strike your mind with marble walls and columns, high ceilings, crystal chandeliers, stained glass and mosaics.

On the Moscow metro tour, you will go underground and visit 8 most interesting stations. You will see the oldest stations dated back in 1935 and new ones that were opened several years ago.
Our guide will tell you exciting stories and fun facts: where is the first government line (Metro 2); who, in addition to people, inhabits the Moscow metro; how deep is the metro system?

Price of the Moscow metro tour: 1000 rub per person.

The price doesn’t include: hotel drop and pick up