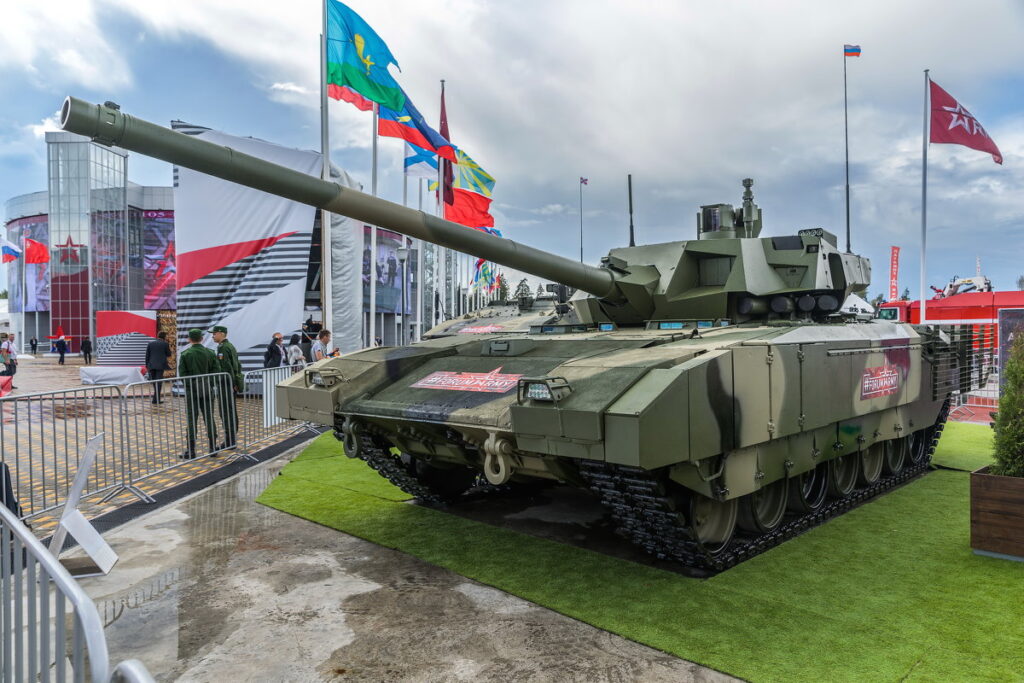 Patriot Park is divided into several areas:
1. Kubinka tank museum (old name). Now it is a part of the Park and has boring impersonal name “Site 2”. In August 2018 the Kubinka tank museum celebrated its 80th anniversary.
The museum features collection of the armored vehicles from different countries and eras including the Soviet T-34, modern T-80 and T-90, USA, British and German tanks, and the 180-ton tank “Maus”. Besides, the Kubinka tank museum houses several dozens of self-propelled guns, armoured cars, reconnaissance and command vehicles, and a variety of technical and engineer support vehicles. The exhibits are located in several pavilions.
2. Site 1. On display are 268 pieces of Soviet and Russian aircraft, tanks, and armoured vehicles. Be patient, in order to get around the whole exposition, you need several hours. The exhibits occupy 12 pavilions and an open-air site.
In addition, there is a game center, where the simulator of tank T-80 and aviasimulator are available.
3. Guerrilla Village is an interactive area dedicated to guerrillas in the period of the Great Patriotic War. Partisan detachments were formed on the first days of the war with Nazi Germany. The exposition introduces the guerillas’ everyday life and their heroic deeds.
4. Shooting range. The shooting range is considered the biggest Russian range, occupies the area of 250 ha, and incorporates 29 shooting galleries.
Only blank shooting or airguns are available for foreign citizens. To get access to live ammunition shooting, visitors must present a passport of Russian Federation!
5. Center of military tactical games. The Center serves as a venue for sport events, training, airsoft competitions, and laser tags.
6. Equestrian Sports area. Visitors can go riding and see performances of the famous equestrian theater “Kaskader”.
7. Extreme Sport Area. Competitions in motocross and moto freestyle, quad bikes and other exciting sports take place there.
8. Historical reenactment area. The area is intended for large-scale historical event reconstruction including military vehicles.
9. Patriot EXPO. International exhibitions and forums (i.e. Army forum) take place there.

On the Patriot Park tour, you will be walking among the numerous military vehicles in the company of our knowledgeable guide, who will reveal the hidden history of Park’s exhibits.

It is possible to explore the exposition independently without an English-speaking guide. In this case, the tour price will be less.

MAKS air show has traditionally hosted the most significant flight programs in the world both in terms of the number of aircraft in the sky and the total duration of flights, and of course, Maks Air Show will not be an exception.

Always dreamed of being a pilot of a fighter jet? Or just curious about what it is like to be in the pilot’s seat and control a 20-ton flying vehicle? We offer you to make your dream come true with a 30 minute SU-27 fighter jet flight simulator.