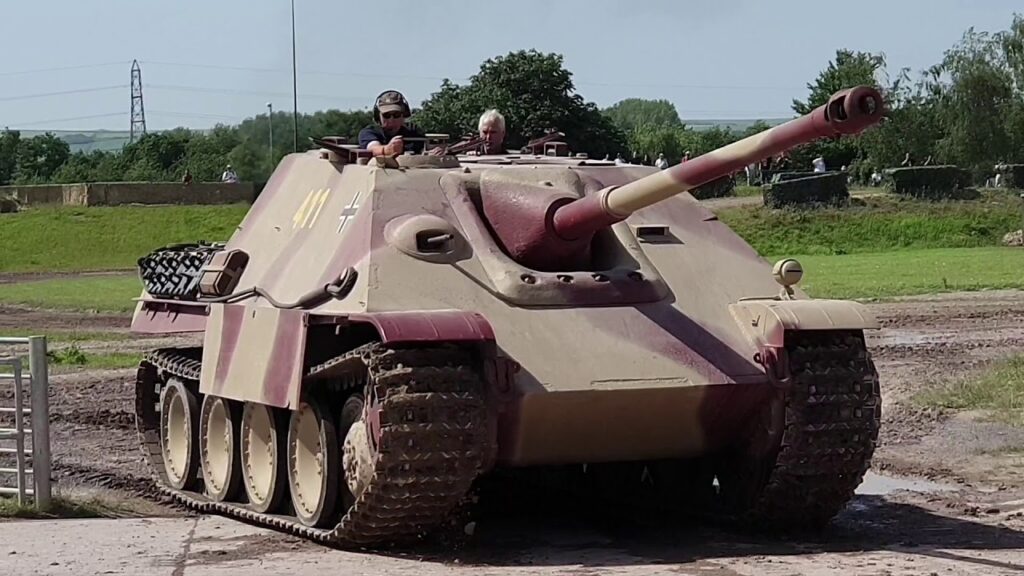 The cheapest, but still impressive tank ride in Moscow. Tourists are offered to ride a replica of German Tank Destroyer Jagdpanther of 1943. A 5-km route passes through the rough terrain. The exciting journey takes 25-35 minutes.
Besides, this is the only tank in Moscow, which tourists can drive.
Shooting a tank gun will add the final stroke to your adventure.
Military camp is located in the forest, about 60 km from the city center. Apart from the tank rides, the camp offers a variety of military adventures: Blank shooting small and large caliber guns, firetag, obstacle course, photo shooting in the military interiors: dugout, office NKVD, hospital, etc.

There are two types of tank rides: group and individual tours. By booking the individual tour, you will be able to choose any date and time of your visit.

Other tank tours in Russia:

The price of the Tank Ride on a replica of German Tank Destroyer Jagdpanther (group tour): 12,500 rub per person.
The group tours are held each Saturday, Sunday and on public holidays.

The price of the tank driving: 8,000 rub per person

The price of the Tank Ride on a replica of German Tank Destroyer Jagdpanther (individual tour): 75,000 rub per group of up to 5 people. 50% off the next ride!

The price of the tank driving: 8,000 rub per person

On the Monino Aviation Museum tour, you will see the military aircraft of the early 20th century and WWII, supersonic jet aircrafts and the largest helicopter ever built.

3-17 August 2020, teams from 23 countries are taking part in the Tank biathlon. The teams will show their skills in driving, shooting and overcoming insidious obstacles.

On the Saint Petersburg Military tour, you will be able to ride and drive armoured vehicles, learn about WWII and Russian army, practice disassembly and assembly of the legendary AK-47, shoot firearms and visit historical bunkers.