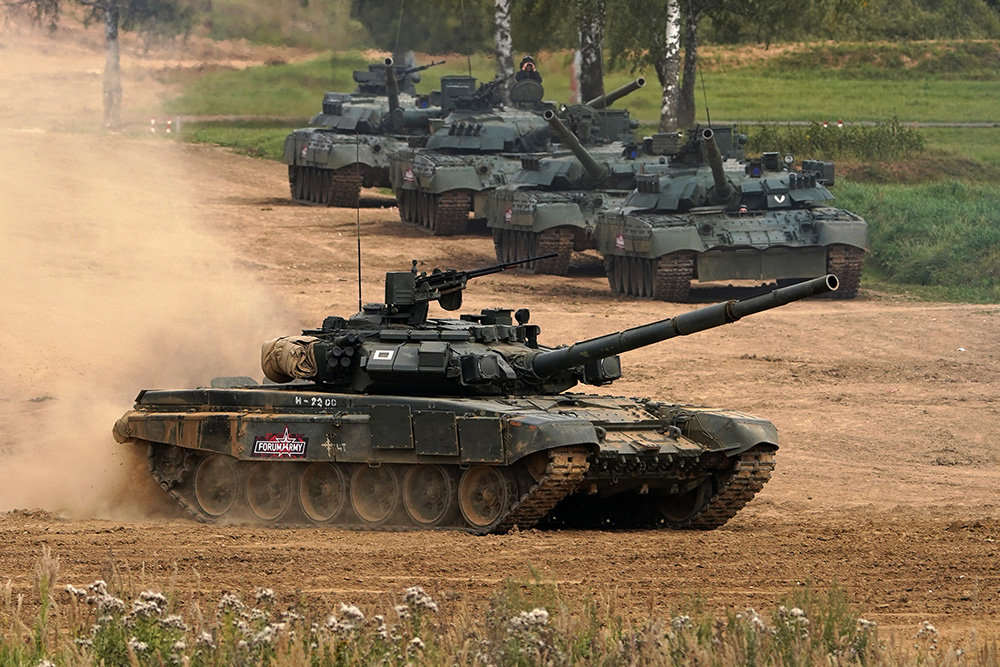 The International Military-Technical Forum «ARMY-2022» will take place on August 15-21, 2022. More than 300 pieces of cutting-edge military equipment at a static exposition at the Patriot Expo!
A unique opportunity to see everything with your own eyes, touch the exhibits, take excellent photos, or even climb on the armor of a tank or an armored vehicle.
Experience unforgettable emotions! Become a participant in an unforgettable event!

For the first time ever the concept of the show includes a dynamic presentation of military equipment. Visitors of the International Military-Technical Forum «ARMY-2022» will have a rare opportunity to learn to drive military machinery and try various types of combat arms.
You will have a chance to try your hand in 10 various training simulations that teach military men and women to use various kinds of military equipment and machinery.

The Land and Water Clusters of Alabino Testing Grounds will have two unique scheduled demonstration programs every day.
The dynamic show of military machinery and equipment will follow a common tactical theme, imitating a real military operation on land, on the sea, and in the air.
It will be complemented by an airshow. Various types of aircraft will imitate close combat, and paratrooper forces will present an air acrobatic show.
The Aviation Cluster at Kubinka Aerodrome will present a static exposition of aviation equipment, and the demonstration program will include performances by legendary Russian piloting groups: Berkuty, Strizhi, and Russkie Vityazi.

On tour to International Military-Technical Forum «ARMY-2022», you will be able to visit a static exposition at Patriot Park , see the miliatry show in the Alabino military ground and aerobatic performances in Kubinka Aerodrome!

The price does not include:
– Food and drinks